Recently I became an ambassador for Mission 22. An organization that works with Veterans and tries to change the number from 22 to none. We lose too many veterans to suicide each day. It has to stop. And if you know me, thats my life mission. This May, 23rd will mark 3 years I lost my Father to PTSD suicide. The days dont get easier. And time after time I hear stories of others that have experienced the same thing. The stories I hear are painful, but I know there is HOPE. Hope for peace, hope for a plan from God. I want to share a story with you about Nicklaus Knight. He lost his battle too soon. Its men (and women) like this that we need to start the conversation… to have their SIX! Listen to his story in the words of his sister Ashley… Thank you for sharing this Ashley, you are in our prayers. 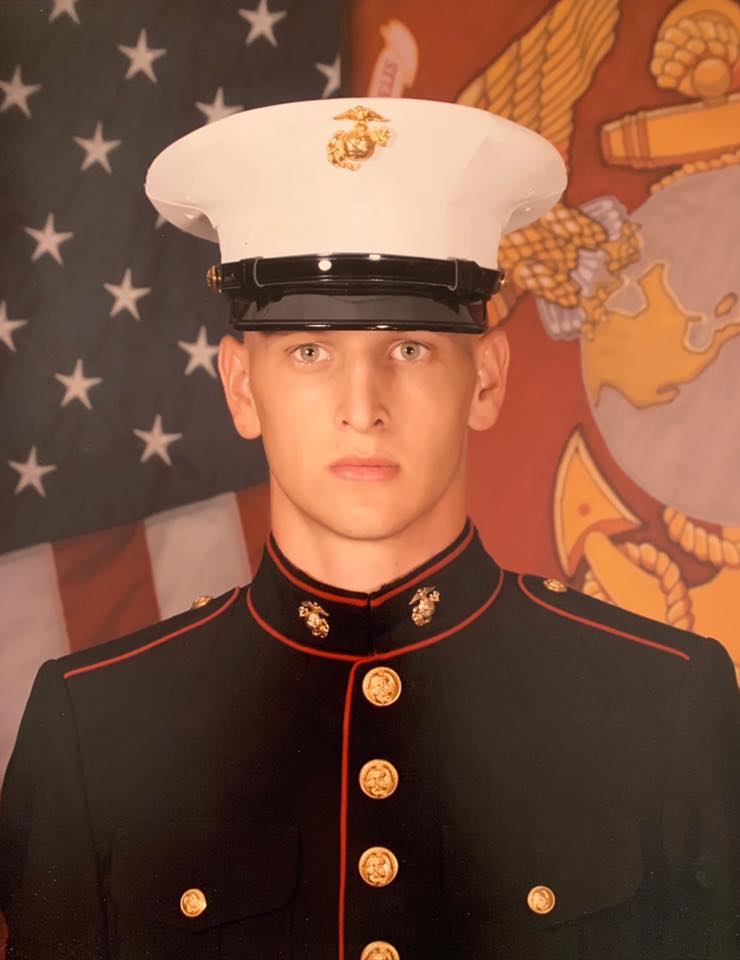 May 12, 2019 my beautiful brother, Nicklaus D Knight, left this world. It is still incredibly hard to believe. Sometimes I look at his pictures and have to remind myself that he is in heaven. I have to be honest, this anniversary date has been looming over me for sometime. I didn’t know what to expect or how it would it feel….honestly it doesn’t hurt more than other day. My brother died by suicide on May 12, 2019.
For those of you who did not know him, my brother was a United States Marine, and not only that but he was so good at being a Marine and performed so well that he received top level security clearance and became a guard for our then President, Mr. Barack Obama. Nick left the Marine Corp and a failed marriage and moved back home to Tennessee. Shortly after he became lost and depressed. He didn’t assimilate to civilian life very well. Nick went missing for almost 2 years and turned back up in Oregon where he joined the Army National Guard and got his life back on track. You see…he was born a soldier.
He then decided he wanted to move back east work on getting visitation with his children. My brother had 4 children – 3 boys and a girl. He loved love lol ❤️
Shortly after he moved back east he became a Corrections Officer at Florida Women’s Reception Center and was doing well. He was taking some law enforcement classes and was set to graduate in June 2019. Unbeknownst to me and many others he was a top performer and pushed his classmates to perform and succeed. I heard them speak about my brother at his funeral and the outpouring of love and respect for him was amazingly beautiful. They said things like he was a leader and he was an inspiration and he was our motivation… I cannot thank them enough for sharing this side of him.
However, he never made it to this graduation date. On May 12, 2019 he took his own life. Thinking of his last moments full of anger, sadness, depression, and pain is almost unbearable and knowing that I will never see him on this earth again is the most painful feeling I can describe.
I write all of this not for sympathy or condolences but, to honor his life and his memory the way he deserves to be honored. .. with love. If you took the time to read this I thank you for honoring him.
Since his death I have tried to fill my social media pages with love, light, and inspiration for those that may need it. Your life has so much value to everyone you know and you are someone’s reason to smile. Never forget your worth. Never forget the importance of mental health.
To further honor the memory of my brother, Nicklaus D Knight, my social media will go silent for the next week. If you need a friend or a shoulder to lean on please reach out to me. I will be around. You are never alone.

To my brother:
I will see you on those Golden Shores.
You will always be a toad to me.